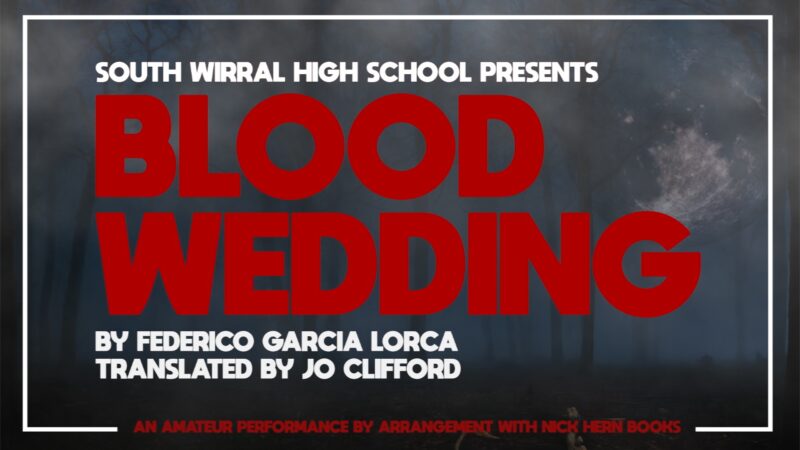 Blood Wedding is an epic tragedy by the Spanish playwright, Federico Garcia Lorca about a young woman and two men fighting for her love.

The story centres around the Bride who is in love with Leonardo. However, their families do not get along, so Leonardo marries another woman. The Bride, consequently, is arranged to be married to another man – whom she doesn’t love – but will marry to appease her family’s wishes.

As the story unfolds, we uncover that despite Leonardo’s marriage, he is still in love with the Bride and confesses his undying love and devotion to her – which she firmly reciprocates.

Despite these revelations, the Bride continues to go ahead with her impending marriage. But, on the night of her wedding reception, she quickly elopes with her one true love, Leonardo.

What follows is a frantic search, a descent into surrealism and a brutal fight.

This year’s fall production is bound to be a thrilling, unexpected and gripping tale of love, passion and control with an excellent principal cast which is detailed below:

The production will showcase for two nights only on Thursday 17th November and Friday 18th November. The shows will start at 6pm both nights.

Tickets are priced at £3 and can be bought from Mr Martin in J10.

0Shares
PrevNext
We are using cookies to give you the best experience. You can find out more about which cookies we are using or switch them off in privacy settings.
AcceptPrivacy Settings